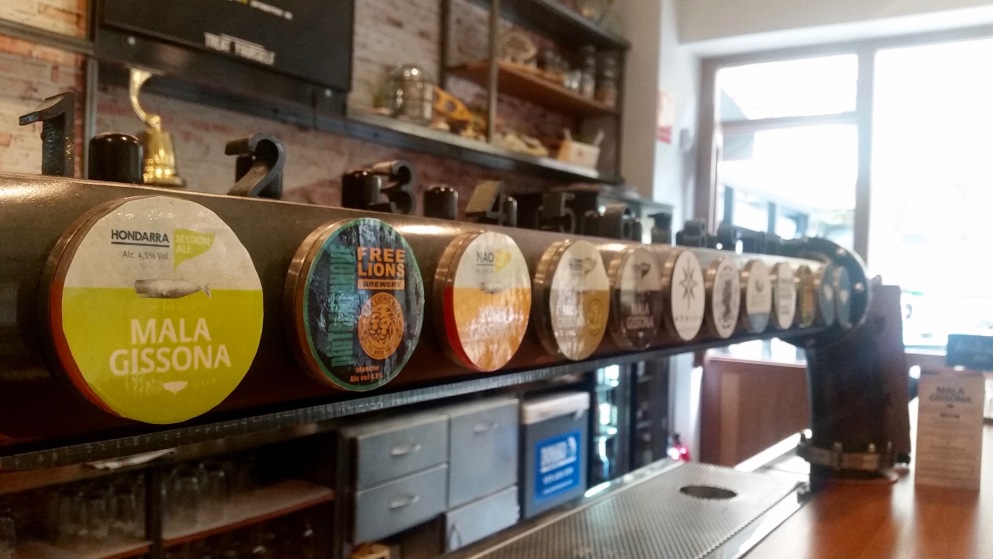 This summer I spent 10 days visiting Bilbao, Rioja and San Sebastien in Spain. While I drank plenty of wine I did find a few occasions to check out the rapidly expanding experimental craft beer scene when in the towns. Craft beer had the largest footprint in San Sebastien which isn’t surprising given the city’s passion for food and drink and it’s reputation as one of the worlds greatest culinary destinations.

To drink draught beer in San Sebastian everyone suggested I first head to the Mala Gissona Craft Bar which was described as the epicentre of craft beer in San Sebastien, although given there is a Craft Beer shop that was opening on the seafront in the area of Gros overlooking their famous surf beach competition could be hotting up!

Mala Gissona’s beers tasted good and fresh in a deliberate hop forward style and was served exclusively out of key kegs which were visible through a glass cellar door. While nearly all of the beers where theirs on draught including a few nice collaborations their bottle selection covered  most of the world’s best known innovative breweries. 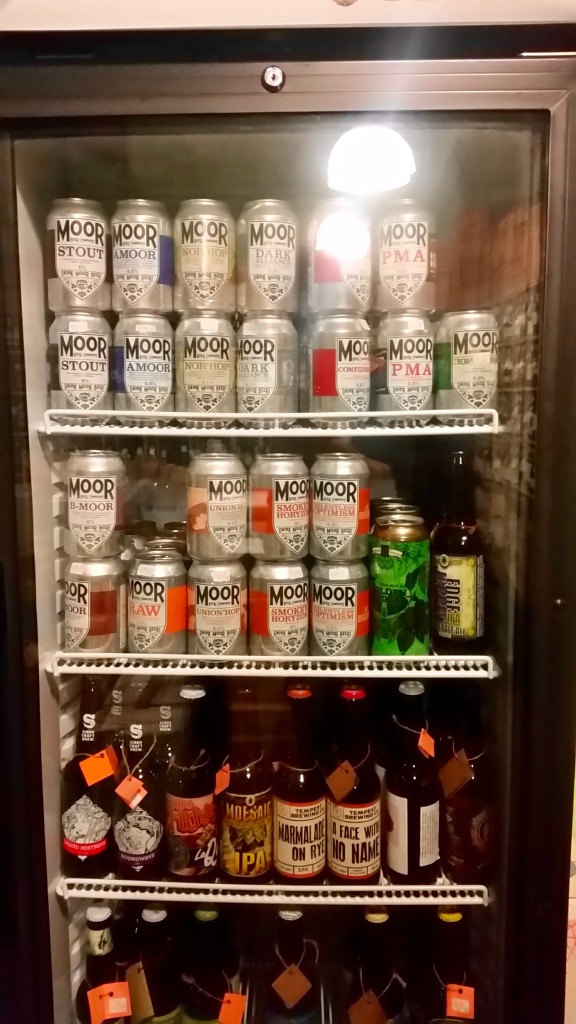 An interesting point was the prevalence of British craft beers in specialist off licenses and wine shops. Moor in-particular (who i’ve always been a huge fan of) seemed to be very well represented across the city as you can see above in a wine shop’s fridge.

It’s also worth mentioning that Bilbao has an outstanding craft beer bar in The Penguin which has regular international tap takeovers and I tried some beers from Founders in very good condition. Most bars I visited in Northern Spain are still only pouring one or two beers (normally a blonde and a ‘toasted’ lager which had a lovely creamy character) which makes trying a range of beers from small breweries quite hard. The term Craft Beer has entered the Spanish language (interestingly, not been translated) and I think it is going to be really exciting to watch Spain grow into a significant player in European Craft Beer.